The spire of the cathedral of Notre Dame collapsed in the flames, while citizens saw the scene, many between tears and some cry.

A few meters from the temple, next to the laces that the police placed, a group of faithful began to sing.

“Hail Mary! “, Began a group. Little by little, others join and soon there are about 50 people, some of them on their knees, trying to quench the horror with prayers and songs.

“When we learned that the church was burning, we came to pray. We sing the ‘Hail Mary’ because the church is dedicated to the Virgin. It is a huge sadness”, said Jacques Cochard. 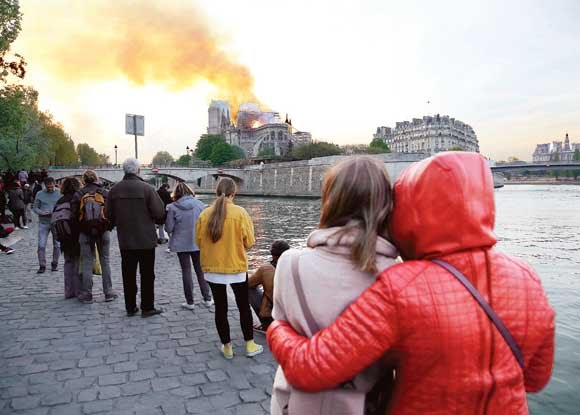 At 7:00 p.m. (local time) when the fire had already started, the cathedral bells rang.

The same ones that struck the day Paris was liberated from the Nazi occupation.

Who did not record the scene with his phone, covered his mouth open with his hand. Others preferred to hold a rosary and close their eyes.

“It is very symbolic that this happened precisely at Easter, “, lamented one Parisian.