Old media giants turn to VC for their next act

The Web 1.0 and Web 2.0 eras weren’t kind to the world’s largest media conglomerates, throwing their business models into question, creating whole new categories of content consumption, and bringing online competition to subscription and ad pricing. Many of the media giants from the 1990s and early 2000s remain market leaders with multi-billion dollar valuations, however, and have become active investors in startups as a tactic to help themselves evolve.

Of the traditional media companies that have committed to corporate venturing, there are two distinct strategies: those whose investing seems to be about replacing the historic classifieds section of newspapers and diversifying into a range of consumer-facing marketplaces, and those whose investing is concentrated on capturing an early glimpse (and early equity stake) in startups reshaping media. 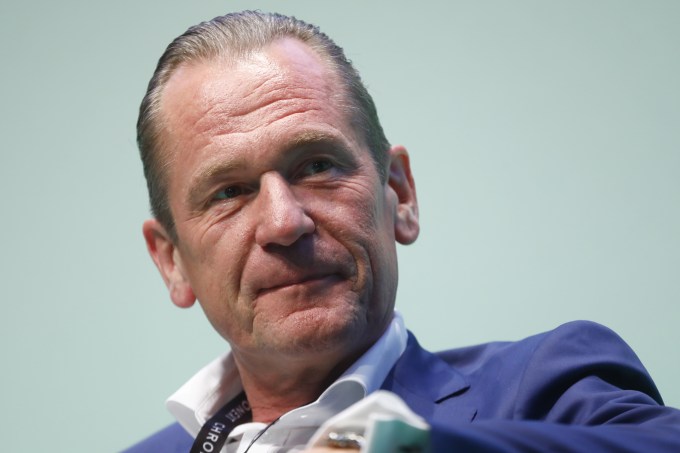 Mathias Doepfner, CEO of Axel Springer. The company’s startup accelerator is one of the most active in Europe. (Photo by Michele Tantussi/Getty Images)

Given the first crisis newspaper groups faced from tech startups in the 1990s and early 2000s was the rise of online classifieds sites (like Craigslist) and transactional marketplaces (like eBay and Amazon), the disruption of their lucrative classified ads revenue stream drove their attention to e-commerce.

Aside from Hearst, the major US newspaper and magazine chains – like Gannett, News Corp, Meredith Corp / Time Inc, and Digital First Media – haven’t made many investments in startups. Perhaps the financial straits of most US newspaper companies have left little cash for VC investments that won’t pay off for years in the future.

But in Northern and Central Europe, where news readership and even print publishing remain healthy by comparison, the leading media groups have been aggressively investing in marketplace and e-commerce startups across the continent over the last decade.

Europe’s leading publisher, Axel Springer has made itself an established player in the European startup scene. Axel Springer’s Digital Ventures team has backed marketplaces from Caroobi (for cars) to Airbnb, and their Berlin-based accelerator (run in partnership with Plug & Play) has invested in over 100 young startups, like digital bank N26, boat rental marketplace Zizoo, and influencer-brand marketplace blogfoster. In a move more strategic to its business, the 15,000-employee group made a large investment in augmented reality unicorn Magic Leap this past February as well, forming a partnership to leverage its content IP in the process.

The most iconic corporate venture investment by a newspaper conglomerate (or any company for that matter) is without question the $32M check written into 3-year-old Chinese social web startup Tencent in 2001 by the South African publishing group Naspers (founded in 1915). Tencent, now valued around $400B, is Asia’s largest and most powerful digital media company and Naspers’ 31% stake was worth roughly $175B in March 2018 when it sold $10B in shares.

As a result, Naspers has transformed into a holding company that incubates, acquires, and invests in online marketplace businesses around the globe (though it still maintains a relatively small publishing unit).

The challenge for traditional media companies investing in startups beyond the realm of media is that even if wildly successful, those investments neither give them a distinct advantage in media itself nor make their business model like that of a tech company by way of osmosis. These investments can be flashy distractions to make management and shareholders call the company innovative while it fails to actually re-envision its core operations. Investing in Airbnb or BaubleBar doesn’t address the key challenges or opportunities a traditional publishing group faces.

Therefore the best case scenario in this strategy seems to be that these companies find enough financial success that they just transition out of the content game and become holding companies for other types of consumer-facing brands the way Naspers has. But even then the path seems uncertain: despite all its other activities, Naspers’ market cap is less than the value of its Tencent shares…it’s not clear that the best case scenario necessarily transforms the core organization.

Investing in the Next Generation of Media 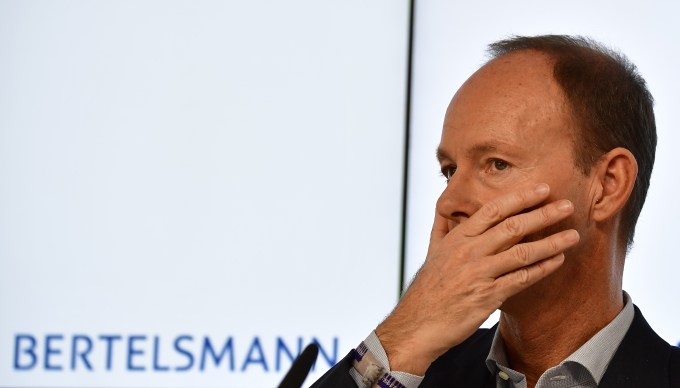 The other track for “old media” giants has been to focus on venture capital as a means to uncover the future of the media business so the old guard can learn from the new generation of media entrepreneurs and react to market changes sooner than competitors. Intriguingly, it is consistent that the conglomerates who have taken this strategy are ones whose operations in television, radio, data, and telecom outweigh any involvement in newspapers.

Bertelsmann, Hearst, and 21st Century Fox have been the most aggressive corporate venture investors in startups working to shape the future of media, whether it be through streaming video services, crowdsourced storytelling platforms, or augmented reality.

With annual revenue over €17B, Bertelsmann is one of the largest media companies in the world, spanning television production and broadcasting (RTL Group), book publishing (Penguin Random House), newspapers, magazine publishing (Grüner + Jahr), and education. Unlike of media companies though, it treats venture investments in media startups as a key division of its company rather than as a side project.

The company’s core Bertelsmann Digital Media Investments (BDMI) invests across the US and Europe in companies like Audible, Mic, The Athletic, and Wondery (and in funds like Greycroft and SV Angel) but there are also the 3 regionally-focused funds investing in China, India, and Brazil plus the education-focused University Ventures fund it anchors in NYC. Collectively, Bertelsmann teams made 40 new startup investments in 2017 and generated €141M in venture returns, according to their 2017 Annual Report.

The investment arm of Hearst, one of America’s largest publishers with $10.8B in 2017 revenue, has likewise been a major backer of BuzzFeed, Pandora, Hootesuite, and Roku not to mention Chinese language app LingoChamp, live entertainment brand Drone Racing League, VR capture startup 8i, and dozens of other media-related startups. Hearst’s ownership in these ventures makes strategic sense: they provide market insights relevant to the core businesses, offer immediate partnership opportunities, and would be strategic acquisition targets that evolve the company’s position in a changing market.

21st Century Fox and Sky Plc (in which 21st Century Fox owns a 39% stake and is trying to acquire outright) have both made a whole slate of startup investments across the media sector in the last few years. In addition to its $100M investment in live-streaming platform Caffeine (announced on September 5) and similarly massive investment in WndrCo’s NewTV venture led by Meg Whitman, Fox has invested repeatedly in sports-centric OTT service fuboTV, hit newsletter brand TheSkimm, VR studio WITHIN, and fantasy sports app Draftkings with Sky often co-investing or building meaningful stakes in international startups like iflix (a leading streaming video service in Southeast Asia and the Middle East).

Since traditional media giants own extensive intellectual property of hit shows, films, and often exclusive rights to popular live events – not to mention established distribution channels to tens or hundreds of millions of people – there are immediate partnerships that can be signed to benefit both a startup and the incumbent. The incumbents often re-invest repeatedly to build their ownership and deepen the alignment between the companies, which rarely happens when media companies invest in marketplace startups.

The new crop of digital media giants that includes Netflix, Snap, VICE, and BuzzFeed aren’t doing much if any strategic investing. Instead they’re keeping focused on growth of their core product offering. The notable exception is China’s Tencent.

In addition to dominating China’s booming messaging app sector with WeChat and QQ, owning 75% market share of music streaming in China, and being the world’s leading games publisher through its own studios (Riot Games, Supercell, etc.) and its minority stakes in Activision Blizzard, Epic Games, and others, Tencent has taken a strategy of investing often and early in promising digital media startups…and it has its tentacles in everything.

Based on Crunchbase data, Tencent has done over 300 investments in startups. It is likely the most active venture investor in China, where most of its portfolio is concentrated, but also backs Western media startups like SoundHound, Wattpad, Spotify, Smule, and Wonder Workshop.

Tencent can give distribution to these upstarts through its vast portfolio of digital properties and it can keep tabs on what new content formats or business models are gaining traction. It operates from a mindset of perpetually evolving, and trying to snatch up startups whose products could be key assets in the future of content creation, distribution, or monetization. This approach is one both old media giants and the next gen of unicorn media startups should consider.

The pace of innovation is moving so fast, and so many new doors are opening up – from subscription streaming and esports to voice interfaces and augmented reality – that corporate venture as a core strategy can unlock opportunities for the organization to evolve early, before it ends up being categorized as “old media”.